Are Orbeez bad for the environment? 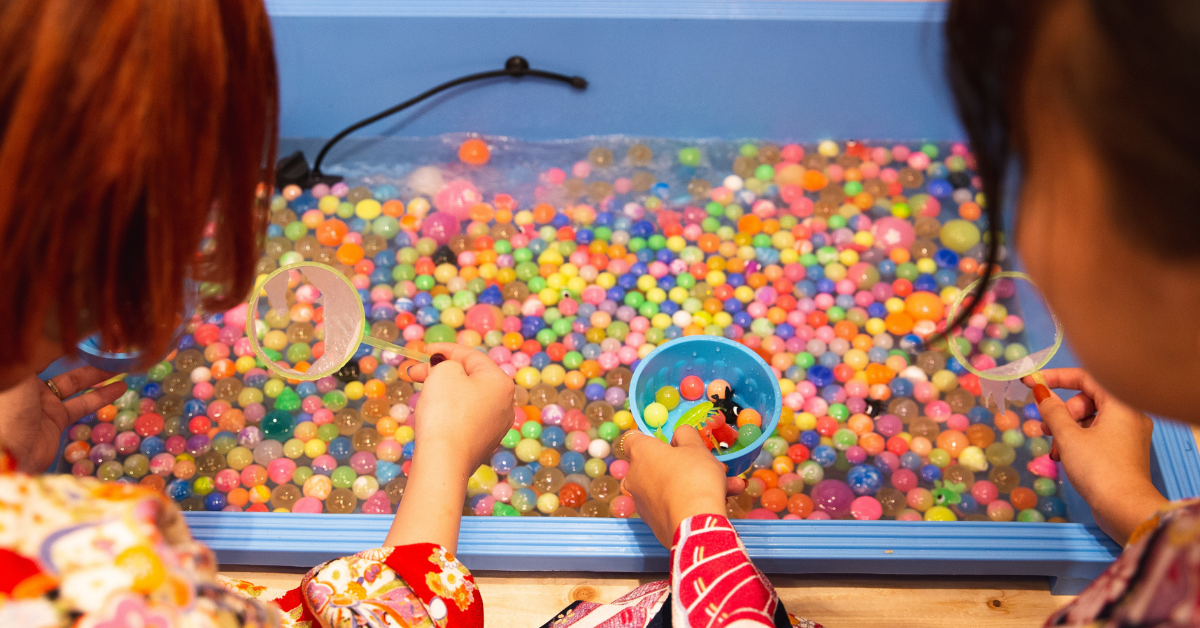 Orbeez, a top brand of water beads, are extremely versatile. Water beads were originally used in agriculture back in the 1930’s and are still used to this day in gardening, but they have become a popular toy in the last few years too. Mixing science with play, they make a great educational but fun toy too. Kids just can’t seem to get enough of them! With the growing emphasis on living in a planet-friendly way, it raises the question – are Orbeez, and water beads generally, bad for the environment?

What are Orbeez made of? Are they plastic?

Determining what an item is made of is often a good start when deciding if an item is good or bad for the environment. Orbeez, at first glance, looks like plastic. However, they are actually made from polymers that have big enough gaps between their molecules that allow water to enter. Their main ingredients are acrylic acid and sodium hydroxide with a dash of color pigment to make them even more appealing.

As well as being a fun toy, it also has the potential to open the conversations about the environment with your kids. It’s never too early for them to start learning about the downsides of plastics and how much they can harm the planet.

Being such a popular toy parents are keen to know the toxicity threat that Orbeez pose. Thankfully, Orbeez are non-toxic. If swallowed during play Orbeez generally make their way through the digestive system – any risk is from their size and potential blockages rather than toxic material in the Orbeez.

In terms of the environment, being non-toxic is also great news. When the water beads are used in agriculture or gardening, they do not contaminate the soil in any way. Soil-dwelling wildlife is not harmed whilst any fruit or veg grown in soil containing water beads is perfectly safe to eat.

If an item is biodegradable, it means it can break down naturally by micro-organisms such as bacteria.  Essentially, its components are returned to nature. Orbeez, and other brands of water beads, can break down in nature. However, it takes a long time – up to 10 years has been quoted. If they end up in landfill rather than in a more natural setting, this timescale could be extended even further. Landfill sites do not provide the optimal conditions for biodegradation. Still, in comparison to other toys, such as plastic-based shop-bought slime, this is no time at all!

A great way to have less impact on the environment is to reuse items where possible. This diverts waste items from landfill. One of the great things about Orbeez is that they can be used over and over again. When they return back to their original form (after a spell out in the sunshine), water can be added again and they will re-expand.

If swallowed by a person, or animal, water beads will usually find their way through the digestive tract with no problems. However, problems may come in to play if swallowed by a small animal (or child). An expanding water bead could cause blockages in the digestive system or even choking. Although, unlikely, it is a possibility.

However, like in the production of any item, some manufacturers will adopt more eco-friendly practices than others. Some may use renewable energy sources whilst others use fossil fuels, some will discard waste responsibly while others won’t. This should always be kept in mind when considering the effect of a product on wildlife. Unfortunately, this impact is extremely difficult to quantify. This is especially the case if they are not a branded variety – their manufacture is difficult to trace.

So, overall, are Orbeez bad for the environment?

With their bright colors and plastic-like look, you might not think Orbeez are the most eco-friendly item out there. However, they don’t fare too badly when it comes to their ‘green’ credentials. They can be reused many times and when they come to the end of their usable life they will eventually break down. Although they could potentially be a choking hazard for smaller types animals if mistaken for food, this risk is minimal. Overall, they are extremely eco-friendly, whether used in gardening or for play.